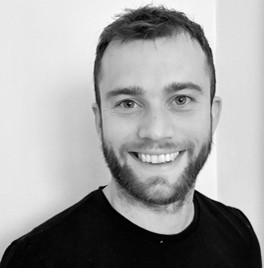 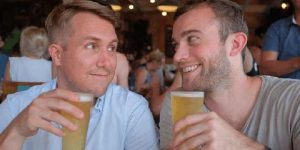 Why is this picture relevant?

Let me tell you. 1) It was taken in Sydney 2) the man on the right is the 2015 ‘pre-children’ version of me 3) the man on the left is the new CEO of Just After Midnight Australia.

Let me say that again…The man on the left is the new CEO of JUST AFTER MIDNIGHT AUSTRALIA!

I am so excited to announce that my long term friend and co-conspirator, Kris Croucher (who many of you know was group Director at Reading Room, Adelphi Digital and latterly Acquia) is bringing Just After Midnight to the Australian market from our new offices in Sydney.

Over the last year we have seen plenty of interest from businesses across Australia, including from digital agencies that want to make use of our world class 24/7 digital support offering and companies that want to run their digital platforms with the JAM level of support, so setting up the business down under was an absolute no brainer.

It makes such a difference to be able to do it with someone who is so well respected in the industry in the UK and AUS and somebody I have worked alongside for over 10 years. Kris shares the same values and has the same vision for what we are trying to achieve at Just After Midnight, helping people protect their digital investment, profit and reputation.

It is capping off what has been an incredible year for us, not only did we welcome 10 new agencies and some incredible new clients including Vodafone and Toyota but we also opened a new London office in August and became ISO 27:001 accredited.

We are in the throes of planning at the moment but we aim to have a launch party a little later in the year in Sydney, for now, get in touch if you want to know more or just meet Kris for a chat.