Day in the life of our co-founder and CEO ANZ

It was an exciting milestone for JAM when in September 2018, Kris Croucher officially launched our business in Australia & New Zealand. The business has achieved a huge amount since starting just six months ago.

I had a chat with him to find out how his time has been so far, and what he gets up to day to day.

What does an average day look like to you at the moment?

A lot of the work I’m doing at the moment is an echo of all the hard work we’ve put in during the past six months. When I first started my priority was putting our flag in the ground in this region, getting out there in the local digital scene and shaking as many hands as possible. My number one aim was to start early in building new partnerships as well as introducing people to our business and what we do. Building partnerships is the piece that has really paid dividends straight away. Through these early efforts, we have been able to expand our client base exponentially very early on, which has been a fantastic start in this market.

This means my days at the moment are very focused around our clients and our agency partners. I’ll start the week off by planning on Sunday afternoons, sorting out what the week looks like and also doing the boring stuff on finance and admin. During the week, I’m overseeing client and agency onboarding, getting out pitching with agencies, getting my head down on proposals and contracts as well as working with our growing team to do right by all client work. Occasionally I find time to eat and sleep.

Over the last couple of weeks, one of my major priorities has been overseeing the WebOps support we are providing to a fantastic digital agency delivering an digital platform overhaul for a major financial institution. Our new Solutions Architect, Juan has been fantastic in rolling up his sleeves on this high profile job and we’ve had great early success with this work.

Overall it’s an exhilarating time and has been rewarding to see the hard work from the first 6 months paying off! 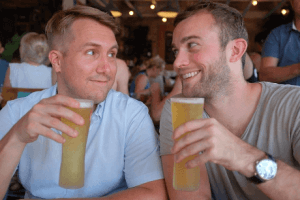 What’s your favourite thing about working at JAM?

Honestly, I love being able to work with our UK CEO Sam, for the second time in my career. He is one of my greatest friends and razor sharp in business. We’ve known each other for years both professionally and personally. We make a great team and he has built a great team in the UK and Singapore that I am loving working with. This has translated into a culture at JAM that I’m incredibly proud of.

What has been your most memorable highlight since starting with JAM?

I’d say there have been plenty of highs and a few lows since starting, but the role has been far from boring. Despite living here in Australia for almost ten years, I still managed to have a 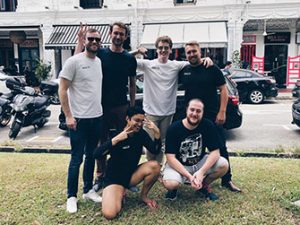 huge anxiety attack over the Summer Christmas holidays here in Australia, when it went deathly quiet. Things slowed down for a while (only weeks but felt like an eternity!) and I felt my confidence drop. Starting a business is emotional, a rollercoaster, to say the least. Nevertheless, since Australia Day however, turns out the sky hasn’t fallen in, quelle surprise everyone is back at work and the phone does NOT stop ringing.

We are hiring new team members, securing new amazing partners and are already able to win more of the kind of work we want to win and less of the stuff we don’t. We’re in a great place and I can’t wait to see what the next 6 months has in store, heaven knows another year.